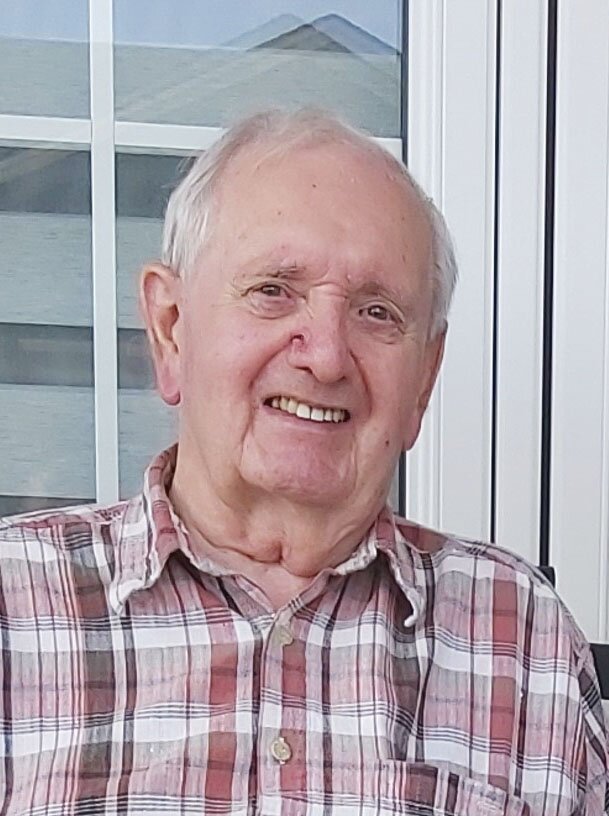 SWARTMAN, Robert “Bob”: Bob passed away at his residence in Aylmer, Ontario, on Thursday, December 15, 2022, in his 87 th year, following a brief illness. Beloved husband of the late Anita (Farrow) Swartman; loving father of Kellie, Leslie (Nick) and Christopher (Angela); and dear grandpa of Shawn, Jed and Jack. He was predeceased by his parents Harold and Hazel (Corbett) Swartman; sister Marion Racz; brother Donald Swartman (Linda); and “Mo” the cat. His cheerful soul will be missed by numerous sisters- and brothers-in-law, nieces, nephews, cousins, cousins-in-law and many dear friends. Bob was born in 1936 in Pine Falls, Manitoba, where his family was stationed at Royal Canadian Air Force (RCAF) base Lac du Bonnet. The family later moved back to Ontario, living in Jarvis, Springfield then Aylmer, where Bob became known as “Froggie”. At East Elgin High School, Bob met Anita Farrow who would become the love of his life. Bob joined the RCAF in 1956, serving as a radar technician at RCAF Station Lac St Denis in Quebec. With Anita never far from his mind, he married her in 1960 and started a family, later moving to RCAF stations in Clinton and Vancouver Island, his final posting. He was proud of his 10 years of service to Canada and exited the RCAF as a Sargeant. Bob and Anita moved to Goderich where their family grew. Bob started his second career as a clothier, which culminated in the ownership of three menswear stores (and one womenwear store) in southwestern Ontario. In 1976, they moved to Exeter and lived there for many years before moving to Hensall then settling in Kippen. Bob’s third career was in service to Canada again, as constituency office manager for Member of Parliament Paul Steckle. In every location, Bob was an active member of his community, participating in little theatre, bridge and euchre tournaments, sports, local politics, charities, service organizations, and Business Improvement Areas, and always surrounded by cherished friends. Following the passing of Anita in 2016, Bob moved to Aylmer in 2020 to be closer to her gravesite. He enjoyed his final years in the company of friends and family, and was an active “ordinary” member of the Aylmer Legion. Bob will be laid to rest beside Anita at the Springfield Cemetery and a celebration of life will be held in the spring. Bob would have appreciated donations to Community Living South Huron (www.clsh.ca/donate). Please share memories or condolences at www.kebbelfuneralhome.com.

Share Your Memory of
Bob
Upload Your Memory View All Memories
Be the first to upload a memory!
Share A Memory