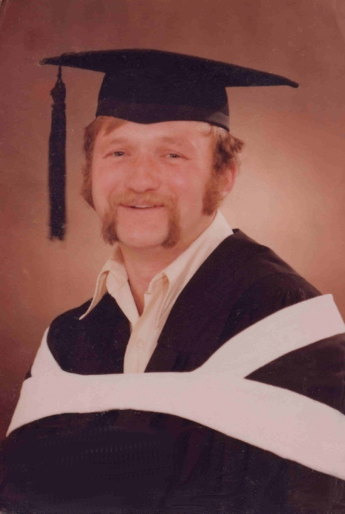 Homenock,Eugene of RR2 Aylmer passed away at his residence on Sunday, January 9, 2022 in his 70thyear. Dear brother of Boris and Elissa Homenock. He will be missed by his niece and nephews. Born in Montreal, Quebec on February 18, 1952. He was the son of the late Alexis and Zenovia(Chehowy) Homenock. Eugene graduated from Mount Royal High School in Town of Mount Royal, Quebec then Concordia University in 1977 with a B.A in history. He then went on to study for his certificate to teach English as a Second Language.  In the late 80’s he moved to London to be closer to family. In his youth, he played hockey reaching Junior B level, and remained an avid fan. Musically talented, he played his accordion in Montreal bars and in the Laurentians, such as the Commons in Morin-Heights. He had a passion for trains and railroading that he continued all his life. Cremation has taken place. Donations may be made to the St. Joseph’s Health Care in London, Ontario, www.sjhc.london.on.ca/ways-to-give. Share memories or condolences at kebbelfuneralhome.com

The family wishes to extend their gratitude to the staff at the Parkwood Institute, the Elgin ACT and the Port Bruce Manor for his care.

Share Your Memory of
Eugene
Upload Your Memory View All Memories
Be the first to upload a memory!