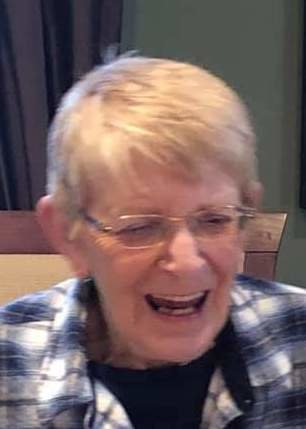 It is with profound sadness the sudden but peaceful passing of Judith Elaine Swan(née Dennee), on Friday, June 25,2021 at the age of 77. Predeceased by her partner Bob Norris (March 2020), Parents Lyle, and Eleanor(née Sherry), and brothers Robert and Don. She leaves behind her 3 daughters whom she shared with (Doug Swan), Cathy(Mort), Debbie (Jim),Sandra(Jon), and her 5 grandchildren Julia, Laura, Dalton, Logan and Ethan, all of whom she was so very proud of. She was very much loved by her favourite niece Kelly, her two sons Brent, Trevor and their families, Braydon, her childhood friend Linda, and most importantly her best friend and confidant of over 60 years her sister-in-law Judie. The 2 Judy’s as they were called, were inseparable and were able to have many adventures together, they were there for each other through the good and bad times, but most importantly had fun wherever they went. They truly were Thelma and Louise! Judy was born in St Thomas and raised her family in Brantford before moving to Aylmer. Family was one of the most important parts of mom’s life. She loved being with her daughters no matter where they were, and watching her grandchildren in whatever they had joined. Mom loved playing games, from growing up where there were always board games around to enjoying them on TV (Wheel and Jeopardy), or playing games on her tablet. She was still until the very end a very competitive person. Mom was definitely a people person and a mother figure to many. She had several jobs over the years but her favourite was McDonald’s. She worked there for 15 years creating many lasting friendships, but due to health issues had to retire from what she thought would have been her everlasting job. Mom fought, beat cancer but in the end, COPD won the battle, but not without a hard-fought fight. There are so many people we would like to thank, including her amazing neighbours who were there for her no matter the time of day, picking up groceries, picking her up from her hospital trips, taking her to appointments and bringing her delicious meals, that she absolutely loved. Susan whom mom called her 4th daughter thank you for making moms house a home she enjoyed and a special thanks to her 2 rocks Arlene and Joyce, I don’t know what mom would have ever done without you! We would like to thank the nurses/doctors at St. Thomas Hospital, especially in the ICU and the 5th floor, for their wonderful care of mom, during her several stays the last few months, she herself couldn’t give you enough praise. As per moms wishes, cremation has taken place, and a private family funeral service will take place at a later date. In Lieu of flowers donations to Speaking of Dogs Rescue or the St. Thomas Elgin General Hospital would be appreciated. Share memories and condolences at kebbelfuneralhome.com

Share Your Memory of
Judy
Upload Your Memory View All Memories
Be the first to upload a memory!
Share A Memory