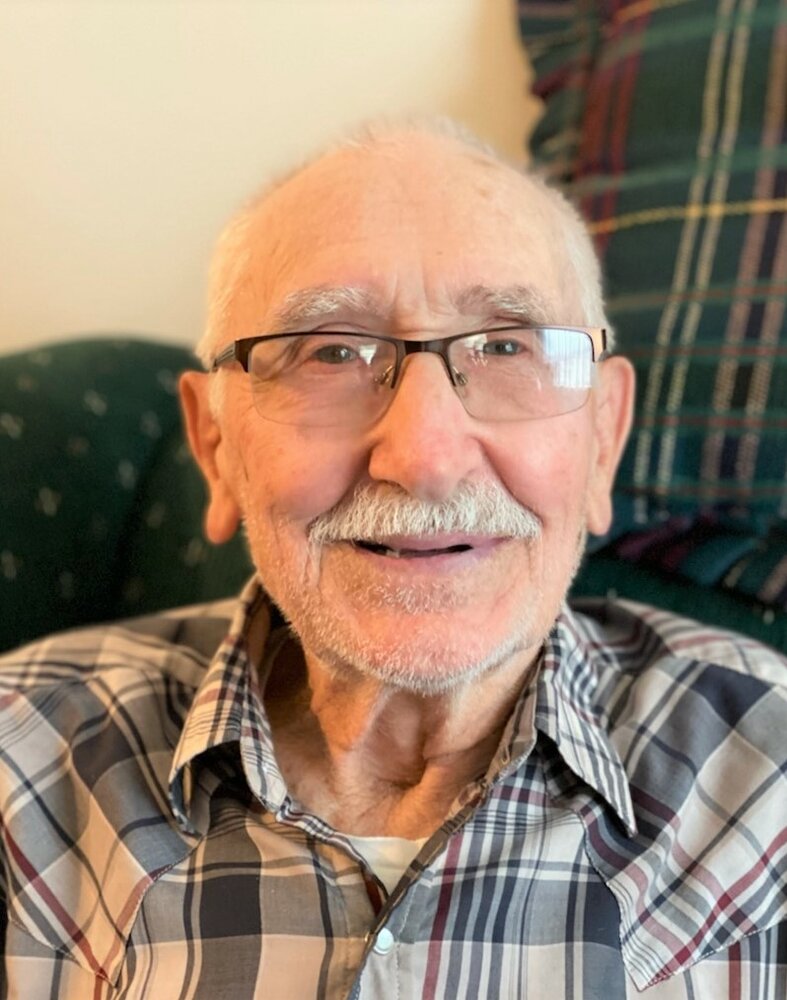 WIEBE, WILLIAM of Aylmer passed away peacefully on Tuesday, December 13, 2022 at his residence at Elgin Manor in his 87th year. He is survived by his son Albert (Annie), daughters Mary Carty (Brian), Edna Verbruggen (Rene), Linda Loewen (John) and the mother of their children, Aganetha Wiebe (Klassen), several grandchildren and great grandchildren. Also survived by a brother Peter (Trudy). He was born on December 6, 1936 in Chihuahua, Mexico to the late Peter and Katharina (nee Friesen) Wiebe. Bill and his family immigrated to Ontario in April 1966. He was predeceased by his youngest son Freddie (Mona Desmarchais) on August 18, 2008, 2 brothers John and Abe, 3 sisters Sara, Maria and Esther. Bill worked at Elgin Handles in St. Thomas for 30 years before his retirement at the age of 60. After retirement he kept busy with his hobby of carpentry (woodworking), building many pieces of furniture and kitchen cupboards. He also enjoyed meeting his friends at local coffee shops on a daily basis. He will be missed by his family and many friends. Visitation will be held at the H.A. Kebbel Funeral Home on Friday, December 16, 2022 from 5 to 8 pm. The Funeral Service will be held at Sommerfeld Mennonite Church, Mount Salem on Saturday, December 17, 2022 at 11 am. Interment, Springfield Cemetery. Share memories or condolences at kebbelfuneralhome.com

“The family wishes to thank the staff at Elgin Manor for their care, compassion and kindness, the Doctors and Nurses at St. Thomas Elgin General Hospital and Tillsonburg District Memorial Hospital.”

Share Your Memory of
William "Bill"
Upload Your Memory View All Memories
Be the first to upload a memory!
Share A Memory