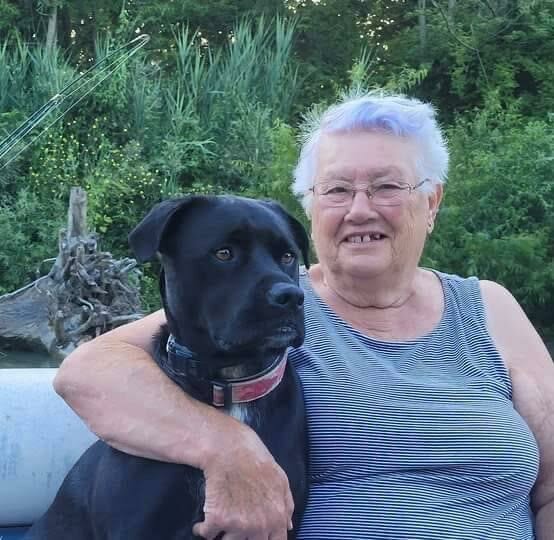 Shelley-Wiebe, Elizabeth Margaret “Betty” of Aylmer passed away at London Health Science Centre-University Hospital on Saturday, December 3, 2022 in her   82nd year.  Beloved wife of the late Ben Wiebe(2015). Dear mother of Victor Colpaert of Tillsonburg, Janet Stewart(Dave) of Shedden, Ronda Smith(Kevin) of Aylmer and Ronnie Shelley(Rae) of Port Bruce. Also survived by a brother Clarence Shelley(Frances) and a number of grandchildren, great-grandchildren, nieces and nephews. Predeceased by George and Ray Shelley and Don Kenney. Born in Southwold Township, Ontario on November 17, 1941 daughter of the late William Grant and Agnes (Kenney) Shelley. Betty was a resident of Port Bruce for most of her life. She was proud to have operated Betty's Bait since 1975. "Betty's worms tried harder.” She enjoyed the casino, bingo, euchre and collected frogs, turtles and angels. Visitation at the H. A. Kebbel Funeral Home, Aylmer on Tuesday 2-4 and 7-9 p.m. where the funeral service will be held on Wednesday, December 7, 2022 at 11:00 am. Interment, Sparta South Cemetery. Donations to the Diabetes Association would be appreciated. Share memories or condolences at kebbelfuneralhome.com

Share Your Memory of
Betty
Upload Your Memory View All Memories
Be the first to upload a memory!
Share A Memory