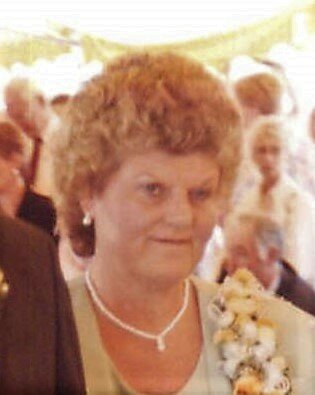 Babcock, Margaret Ann of Aylmer passed away at St. Thomas Elgin General Hospital on Saturday, December 3, 2022 in her 75th year. Beloved wife of George Babcock for 53 years. Dear mother of Don Babcock(Susie) of Aylmer and Lori Bourdeau of London. Loving grandmother of Olivia, Samuel, Trevor and Mackenzie. Born in Tillsonburg, Ontario on June 23, 1948, daughter of Edith (Leach) Burgess of Maple Manor, Tillsonburg and the late Russell Burgess(2015). Sister of Betty Jean Roelans, Nancy Pitter, Wayne Burgess (Diane) and Murray Burgess. Sister-in-law of Kathryn Babcock, Ronald Babcock(Pam), Dennis Babcock(Coral), Janet Irwin, Glenn Babcock(Brenda), Joanne Davis(Scott ), Randall Babcock(Leona). Predeceased by sisters-in-law Jean and Susan and a brother Robert. She will be missed by a number of nieces and nephews.  Margaret would visit her mother often and they loved to go shopping. She worked at Imperial Tobacco for a number of years. Visitation at the  H. A. Kebbel Funeral Home, Aylmer on Monday 6-8 p.m. where the funeral service will be held on Tuesday, December 6, 2022 at 11:00 am. Interment, Springfield Cemetery. Donations to the London Regional Cancer Centre would be appreciated. Share memories or condolences at kebbelfuneralhome.com

Share Your Memory of
Margaret
Upload Your Memory View All Memories
Be the first to upload a memory!
Share A Memory