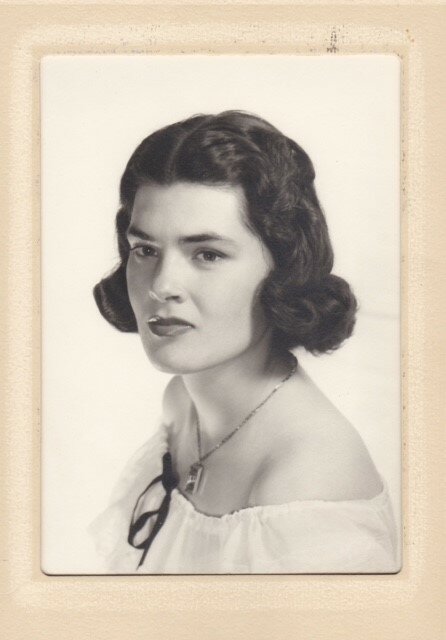 Carol Angela Doreen White, of London, passed away on November 10, 2022 at Parkwood Hospital, Palliative Care, London. Carol was born on November 30, 1934 in St. Thomas and grew up in Central Elgin. Dear mother of Jason of Thornhill, ON.

Carol was predeceased by her parents, C. Albert and Leona White of Springwater and her brother Dave (2013) of St. Thomas. She will be sadly missed by her brother Ken (Karen) of Aylmer, brother Robert (Rose) of Springwater, and sister-in-law Mary Louise (late David) of St. Thomas. She will also be missed by several nieces and nephews as well as great-nieces and nephews.

Carol started school in a one room school at Springwater when she was five years old and skipped two grades, spent three years in Aylmer High, one year in Teacher’s College and started teaching the one room eight grades at Kingsmill Public School when she was still a teenager. She was only four years older than some of her students when starting to teach.

Carol went back to further her education at McMaster University (in 1963) and got her Masters in English and started teaching upper school English mainly in the Windsor and Fort Erie areas until her retirement in 1991.

Carol was an ambidextrous wonder, she could write forwards and backwards with either hand. If you held the backward writing to the mirror you could not differentiate it from the forward writing.

During her retirement she volunteered to be a test subject at the Gait and Brain Lab at Parkwood Hospital in London, Ontario until she became ill.

Her favourite TV show was Jeopardy. Family knew not to call when Jeopardy was on!

Donations to Canadian Cancer Society or Covenant House, Toronto would be appreciated.

Arrangement entrusted to H.A. Kebbel Funeral Home, Aylmer, Ontario. As per Carol’s wishes, cremation has taken place and there will be no funeral service. Celebration of Life will be held at a later date for family. Share memories or condolences at kebbelfuneralhome.com

Share Your Memory of
Carol
Upload Your Memory View All Memories
Be the first to upload a memory!
Share A Memory