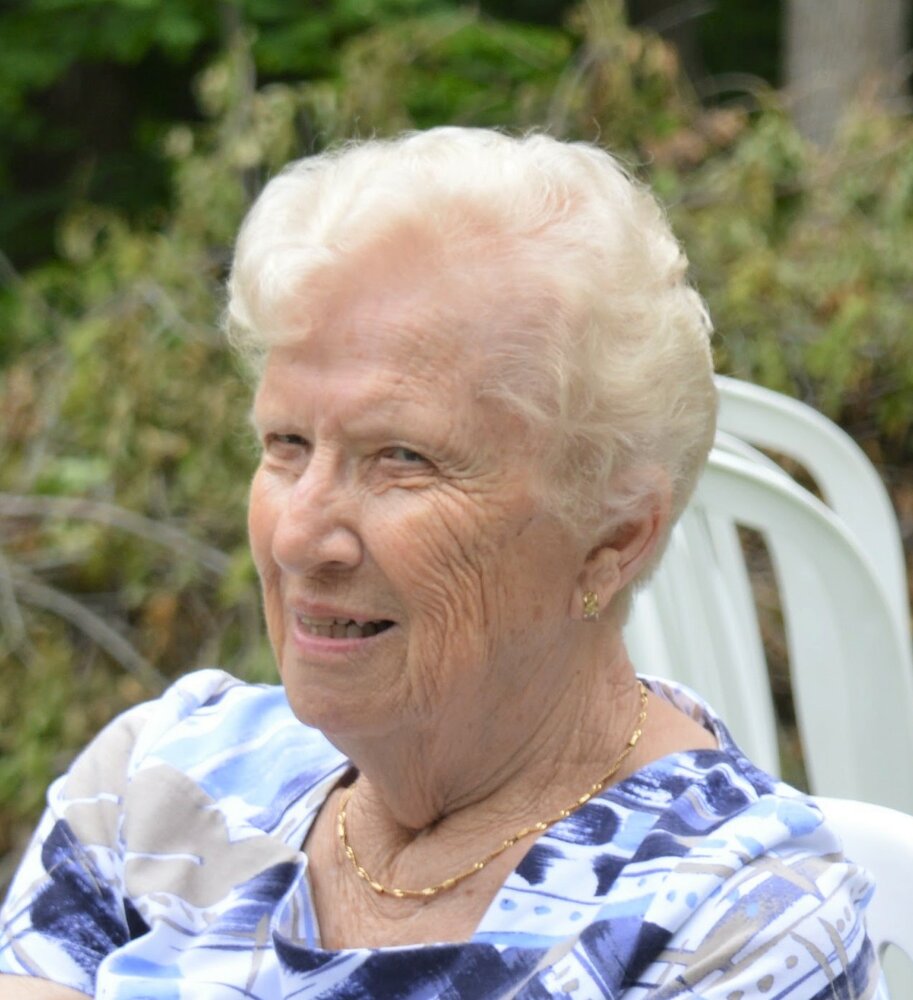 The service is available for livestream at the following link: Marie Saxton

Saxton, Marie passed away peacefully at her home at R.R.1, Port Burwell on Tuesday, November 1, 2022 in her 90th year. Beloved wife of the late John Saxton(2021) and the late Jack Brown(1966). Dear mother of Wayne Brown(Lorrie) of Kempville, Darrell Brown of Port Burwell and step-mother of Bill Saxton(Pat) of Port Burwell. Predeceased by her daughter Lory Brown(1979), son Wade Brown(1999) and step-son Douglas Saxton(1979). She will be missed by a number of grandchildren, great-grandchildren, nieces and nephews. Born in Springfield Ontario on August 2, 1933, daughter of the late George and Clara (Starkey) Cady. Marie was raised in Springfield. She lived most of her life on Nova Scotia Line, Port Burwell. Marie and John enjoyed many winters in Florida. They spent the summers camping and travelling. Visitation at the H. A. Kebbel Funeral Home, Aylmer on Friday, November 11 from 5-8 p.m. The funeral service will be held on Saturday, November 12, 2022 at 10:30 am. Interment, Springfield Cemetery. Donations to the Ronald McDonald House or a charity of choice. Share memories or condolences at kebbelfuneralhome.com

Share Your Memory of
Marie
Upload Your Memory View All Memories
Be the first to upload a memory!
Share A Memory