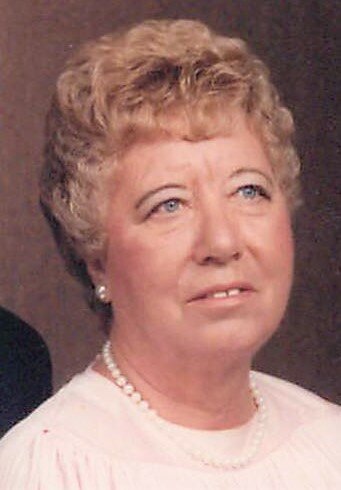 Phillimore, Hilda passed away at her residence, Maple Manor Nursing Home, Tillsonburg on Tuesday, October 18, 2022 in her 98th year. Beloved wife of the late Ross Phillimore(2004). Dear mother of Mary Lynn Van Der Hoeven(late Jerry) of Tillsonburg and Paul Phillimore and wife Cheryl of R.R.#2, Aylmer. Loving grandmother of Michelle Gaitens(Shawn), Mike Van Der Hoeven(Nicole), Kathy Adair(Nick), Mike Phillimore(Vanessa). Also survived by her sister Kay MacEachren and a number of great-grandchildren, great-great-grandchildren, nieces and nephews. Predeceased by a brother Don Sharpe, sisters Donna Clark,  Imogene Armstrong and Mary Wardell.   Born in Vienna Ontario on January 6, 1925, daughter of the late Hugh and Violet (Bartlett) Sharpe. Hilda was a resident of Calton for many years. She was a member of St. Paul’s United Church and worked at Spicers.  Visitation at the  H. A. Kebbel Funeral Home, Aylmer on Thursday 2-4 and 7-9 p.m.where the funeral service will be held on Friday, October 21, 2022 at 1:00 pm. Interment, Aylmer Cemetery. Donations to the MS Society would be appreciated. Share memories or condolences at kebbelfuneralhome.com

Share Your Memory of
Hilda
Upload Your Memory View All Memories
Be the first to upload a memory!
Share A Memory