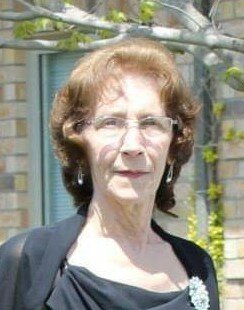 Burwell, Diane of Aylmer passed away peacefully at her residence with family by her side on Monday, October 17, 2022 in her 78th year. Beloved wife of the late Hercules Burwell(2012). Loving mother of Kevin(Lynn), Wendy Wolfe(Rodger), Tracey Russell(Mike), Wesley(Christine), and Martin(Jennifer). Sister of Clair (Claudette) Walker, Joan (Jon) Mansell, Larry (Vicky) Walker, Lenna (Fred) Gray, Late: Barbara (Alvin) McIntee, Vicki (Don) Newlove, Randy (Laurie) Walker, Chris (Tammy) Walker, Ted (Lorne) Walker. She will be missed by a number of grandchildren, great-grandchildren, nieces, and nephews.  Born in St. Thomas on September 18, 1945, daughter of the late Alfred and Zelphia(Ripley) Walker. Cremation has taken place. A celebration of life will be held at a later date. Share memories or condolences at kebbelfuneralhome.com

Share Your Memory of
Diane
Upload Your Memory View All Memories
Be the first to upload a memory!
Share A Memory