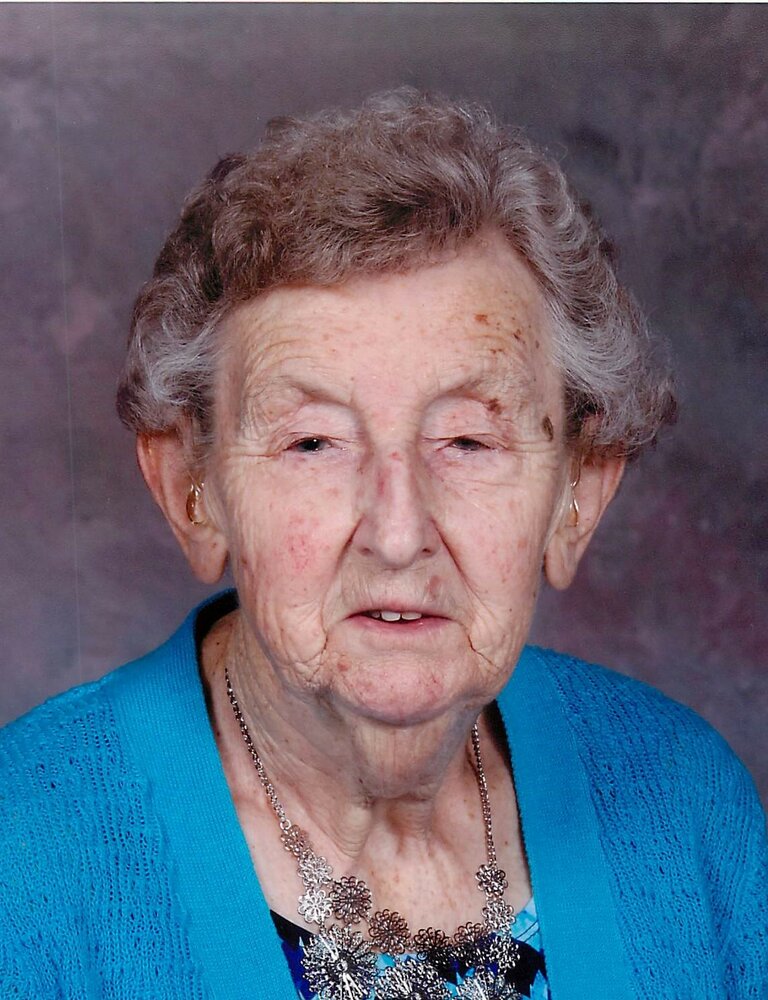 Margaret (Dykxhoorn) Bremer of St. Thomas, formerly of Aylmer, was promoted to her forever home in heaven on Monday, June 6, 2022 in her 91 st year. Predeceased by her husband Herman (2014), Brothers Tony, Louis, Dick &; his wife Nellie, Sister-in-law Jane Devries and brothers-in-law Henry Kers and Henry Devries, Margaret will be missed by her brother Jack and his wife Hermina Dykxhoorn, Sisters-in-law Corrie Dykxhoorn & Tina Dykxhoorn, Brother in-law David Devries, Sister-in-law Reinie and her husband Henry Marissen, and Sister-in-law Coby (Kers) Devries as well as many nieces, nephews and friends. Born in the Netherlands on September 5, 1931, Margaret immigrated to Canada with her parents and brothers in 1953. As a young woman she spent many hours cleaning houses and helping her sisters-in-law with their offspring. On June 21, 1965 she exchanged wedding vows with the love of her life, Herman Bremer and they enjoyed 48 years together. Margaret was a long-time member of Aylmer Christian Reformed Church where she enjoyed participating in the choir. She also spent many hours volunteering at Immanuel Christian School in Aylmer. She was an avid knitter and it gave her great joy to craft countless numbers of hats and booties for newborn babies within her extended family and at St.Thomas Elgin General Hospital. Special thanks to staff on fifth floor and the Complex Continuing Care unit at St. Thomas Elgin General Hospital for their care over the last two weeks as well as staff at Crescent Care Retirement Home, Bonnie Place, St. Thomas where Margaret made her home for the past seven years. The family invites relatives and friends to visitation on Wednesday, June 8 from 6:00 – 8:00 pm at H.A. Kebbel Funeral Home, 119 Talbot Street East, Aylmer, Ontario. Internment will be held on Thursday June 9, departing from Kebbel Funeral home at 10:00 am and proceeding to Aylmer Cemetery, 8152 Imperial Road, Aylmer, Ontario. A celebration of life service will be held at Aylmer Christian Reformed Church,194 South Street West, Aylmer, Ontario beginning at 11:00 am. In lieu of flowers, donations to Immanuel Christian School or World Renew would be gladly received. Funeral arrangements are entrusted to H.A. Kebbel Funeral Home of Aylmer. Share memories or condolences at kebbelfuneralhome.com

Share Your Memory of
Margaret
Upload Your Memory View All Memories
Be the first to upload a memory!
Share A Memory