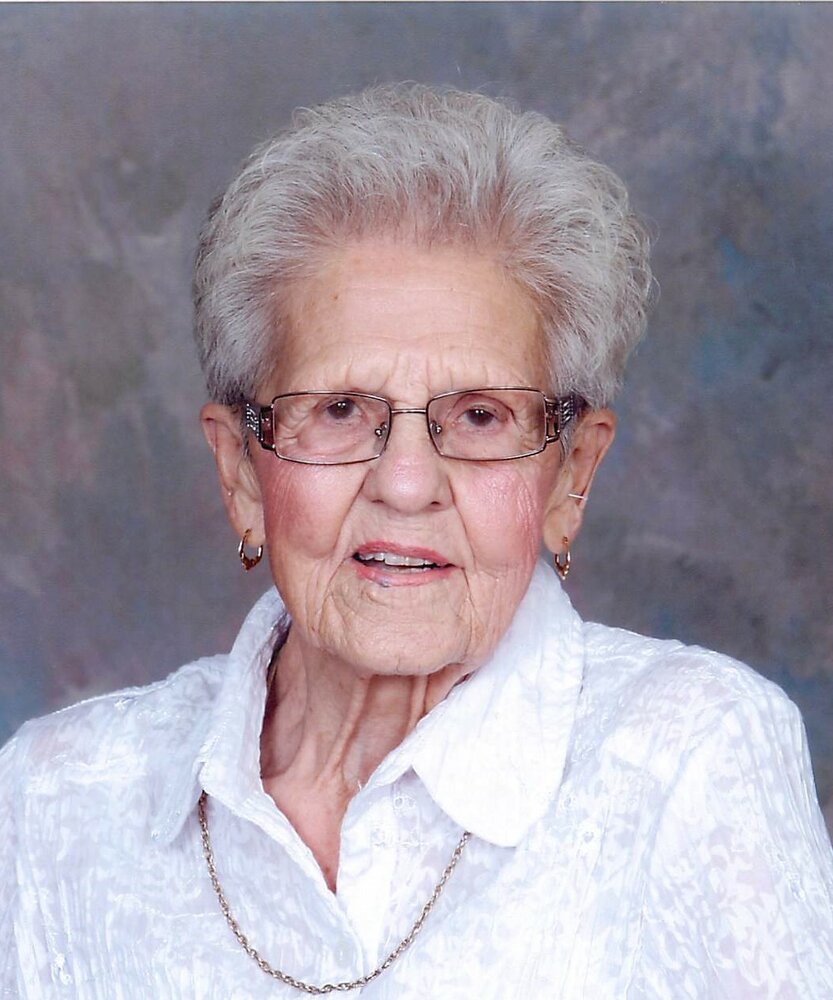 Simmons, Marion of Tillsonburg passed away at Louise Marshall Hospital in Mt. Forest on Saturday, January 22, 2022 in her 94th year. Beloved wife of the late Harvey Simmons(1991). Dear mother of Terry Simmons(Gayle) of Tillsonburg, Saudra Kelly(Michael) of Honey Brook, Pennsylvania and Katherine Alden(late Brian) of St. Thomas. Loving grandmother of Scott, Kevin(Jennifer), Chad, Denise(Chris), Darin(Debbie), Greg(Julie), Lisa(Dick) and Angie(Gerrard). She will be missed by her sister Gloria, and many great-grandchildren, great-great-grandchildren, nieces and nephews. Predeceased by a brother Jack and sisters Phyllis, Lela, Jessie and Maxine.  Born in Vienna, Ontario on March 18, 1928, daughter of the late Leo and Mildred (Davis) Connor. Marion was a resident of Brownsville and Springfield before moving to Tillsonburg in 2007. At the community fairs Marion was known as "Grandma." She worked cooking french fries, burgers and hotdogs at the Midway. A graveside funeral service will be held on Thursday, January 27, 2022 at 1:00 pm. Interment, Aylmer Cemetery. Donations to the Heart and Stroke Foundation or ALS Society would be appreciated. Share memories or condolences at kebbelfuneralhome.com

Share Your Memory of
Marion
Upload Your Memory View All Memories
Be the first to upload a memory!
Share A Memory