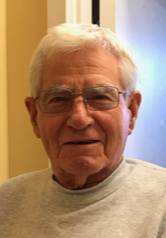 Redmond, Aubrey of Aylmer passed away at St. Thomas Elgin General Hospital on Friday, November 12, 2021 in his 92nd year. Beloved husband of the late Shirley(Stafford) Redmond. Loving father of Dan Redmond(Laurie), David Redmond, Darryl Redmond and Kim Redmond and stepfather of  Jerry Whitcroft(Sherry), Don Whitcroft, Paul Whitcroft and Tammy Mills(Dan). Dear friend of Mabel Musgrave. Brother of Catherine, Rick and Charles. Predeceased by his siblings Stanley, Doug, George and Hazel. He will be missed by a number of grandchildren, great-grandchildren, nieces and nephews.  Born on March 2, 1930, son of the late Effie and Whitney Redmond. Aubrey was a member of the Royal Canadian Legion Branch 524 in Port Burwell. He was a fun-loving, happy man. Aubrey enjoyed playing darts and music. Cremation has taken place. A graveside service will be held at the Aylmer Cemetery on Tuesday, November 16, 2021 at 10:30am. Donations to the Port Burwell Legion would be appreciated. Share memories or condolences at kebbelfuneralhome.com

Share Your Memory of
Aubrey
Upload Your Memory View All Memories
Be the first to upload a memory!
Share A Memory