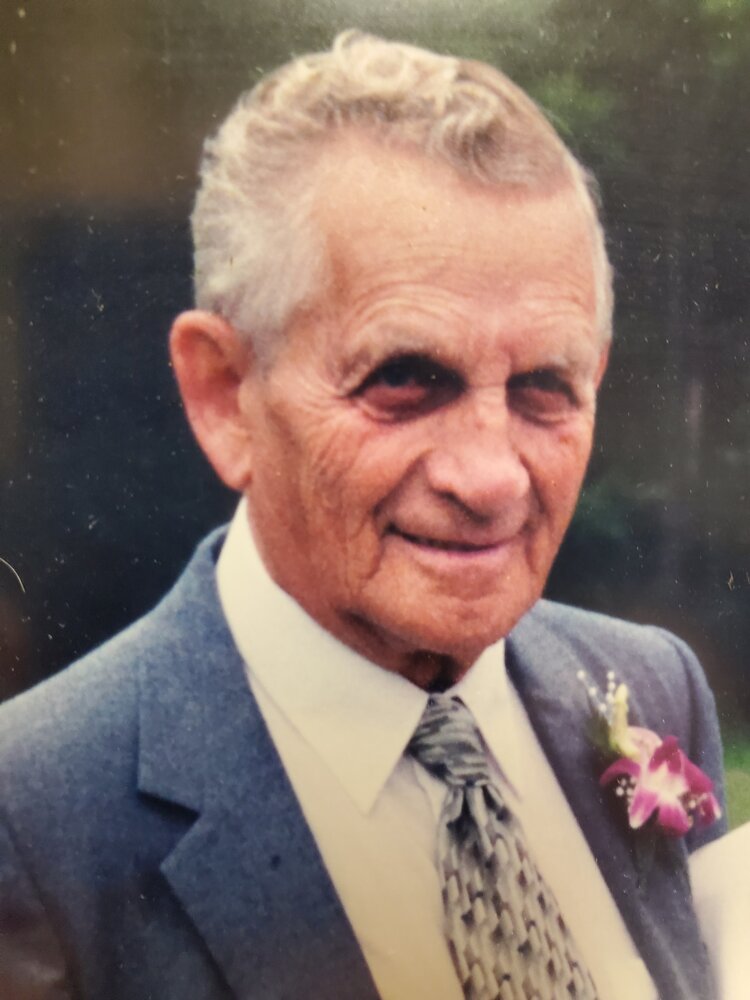 Henderson, William Frederick “Bill” of Aylmer passed away peacefully at his residence on Monday, October 18, 2021 in his 92nd year. Beloved husband of the late Marie (Hodgson-Wilson) Henderson and the late Beatrice (Winters) Henderson. Dear father of Terry Henderson of Belmont and Ted Henderson of Fredericton, New Brunswick. Loving grandfather of Mike(Angela) of Aylmer and Steve(Amber) of St. John, New Brunswick. Dear brother of Patricia Laur. Predeceased by brothers Garfield and Morton Henderson. Born in Calgary, Alberta on October 31, 1929, son of the late Stewart and Phyllis (Rumsey) Henderson. Bill was a tobacco farmer at Eden for many years. He owned and operated Clinton Flowers. Bill enjoyed winters in Lakeland and Sebring, Florida. Cremation has taken place. A private family service will be held at a later date. Burial at the Richmond Cemetery. Donations to the Heart and Stroke Foundation would be appreciated. Share memories or condolences at kebbelfuneralhome.com

Share Your Memory of
Bill
Upload Your Memory View All Memories
Be the first to upload a memory!
Share A Memory