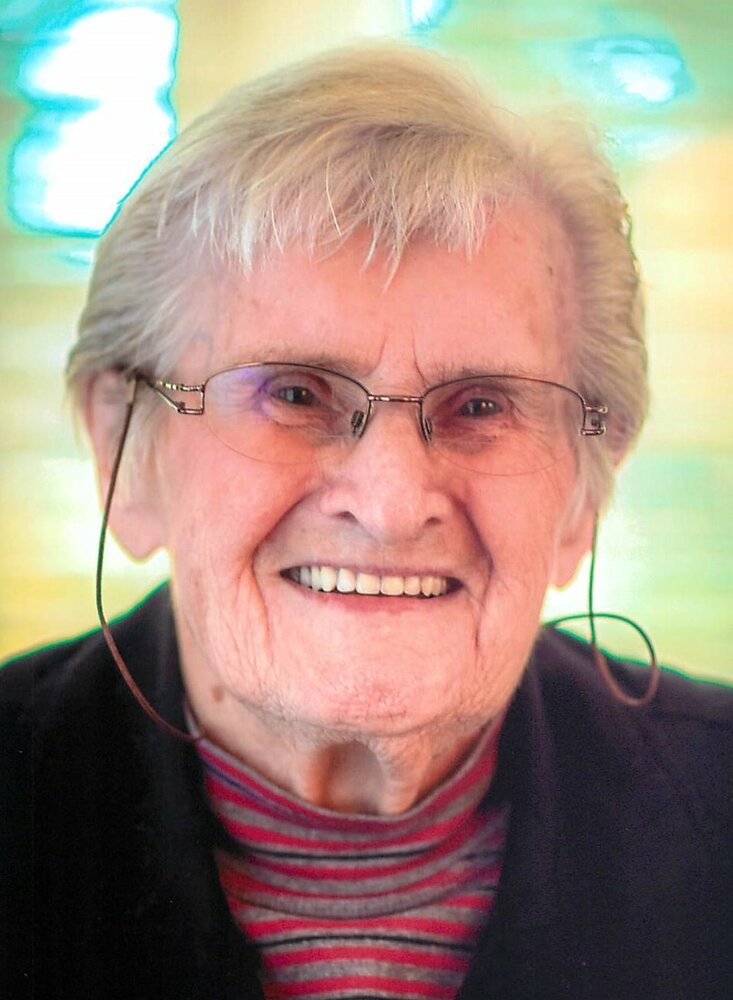 Watterworth, Erie Lucille “Cille” of Aylmer peacefully passed away with family by her side at St. Thomas Elgin General Hospital on Wednesday, October 6, 2021 in her   97th year. Beloved wife of the late Don Watterworth(1985) and the late Robert Barrett(1995). Dear mother of Judy Matzelle(Carl) of Clarkston, Michigan and stepmother of Duncan Watterworth(Barb) of St. Thomas and Bill Watterworth of St. Thomas. Loving grandmother of Allison Matzelle(Chris), Brooke Daly(Joe), Andrea Regling and Greg Matzelle and great-grandmother of Max Daly. She will be missed by her brother Don Johnson(late Betty) and a number of nieces and nephews. Predeceased by her brother Bus Johnson(late Marjorie) and sister Margaret Morse(late Robert). Born in Aylmer, Ontario on September 3, 1925, daughter of the late Charles and Maud(Abell) Johnson. Lucille worked at the Royal Bank, Aylmer in 1946. She started as a teller then secretary and the last five years as a loaning officer; retiring in 1966. Cille and Don travelled to both the east and west coast of Canada, England, Scotland and spent their winters in Florida. She loved to sew and knit, especially for her children and grandchildren. A private family service will be held at the Aylmer Cemetery. In lieu of flowers, donations can be made to a charity of your choice. Share memories at kebbelfuneralhome.com

Share Your Memory of
Cille
Upload Your Memory View All Memories
Be the first to upload a memory!
Share A Memory