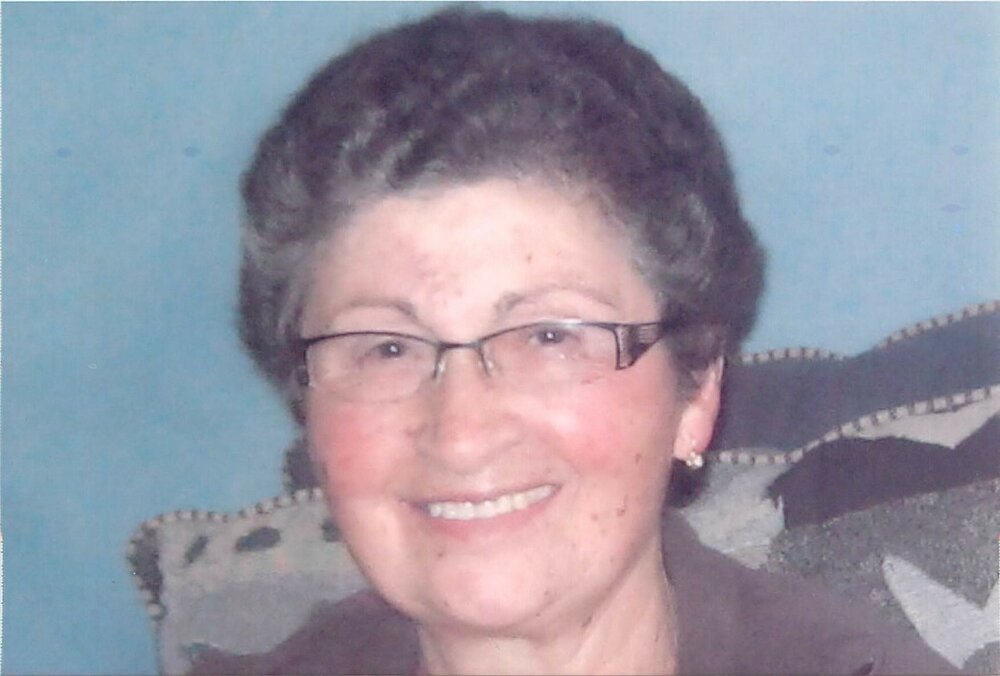 Ierullo, Maria of London passed away peacefully at McGarrell Place on Sunday, September 5, 2021 in her 90th year. Dear wife of the late Domenico Ierullo(2018). Loving mother of Vito(Charlene), Gina(Rick), Robert(Leanne), Frank(Kim), and Cristina(Paul). She will be missed greatly by her grandchildren Domenic(Laura), Stefano, Antonio, Angelo(Katelyn), Giuliana, Vincenzo, Stephanie(Reilly), Andrea(Craig), Danielle(Colton), Ben, Sophia, Josiah, Melissa, Rebecca, Marina, Evan and Matteo, as well as her great-grandchildren Mia, Carlin, Brinley, Liv, Marlo and Cameron.  Born in Vallelonga, Italy on March 14, 1932, daughter of the late Gregorio and Angela(Suppa) Tucci. Sister of Dominico(Anna), Bruno, Nick(Angela), Tony(Mary). Special aunt to Angela and Nick. Also survived by a number of nieces and nephews. Predeceased by her sister Rosa(Sam), brother Vito and sister-in-law Teresa. Maria immigrated to Canada in April 14, 1957 with her family and baby Vito. She moved to South Porcupine to be with her husband Domenico and lead a happy life surrounded by family and friends. Maria was a long time member of the CWL. She was a long time survivor of cancer. Maria loved to garden and always had a special place in her heart for her grandkids. She was also known for her fantastic meals made with love for her family. Friends may call at the H. A. Kebbel Funeral Home, Aylmer on Wednesday 7-9 p.m. The funeral mass will be held at the Our Lady of Sorrows R.C. Church on Thursday, September 9, 2021 at 10:00 a.m. Interment, Queen of Peace Cemetery. Donations to the Canadian Cancer Society would be appreciated. Share memories or condolences at kebbelfuneralhome.com

“Special thanks to the wonderful staff on Lawson Lane at McGarrell Place.”

Share Your Memory of
Maria
Upload Your Memory View All Memories
Be the first to upload a memory!
Share A Memory