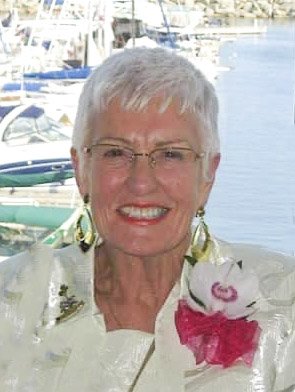 Miskelly, Marjorie of Aylmer passed away at her residence on Friday, July 30, 2021 in her 92nd year. Beloved wife of the late Arthur Miskelly(2007) and the late George McCord(1970). Loving mother of Gary McCord, Sherry Marlatt(Jim) and Dennis McCord(Tammy). Dear step-mother of Sharon Barbier(Robert), Tom Miskelly and Bob Miskelly(Debbie). Cherished Nana of Chad(Torrie), Damien(Kristine), Brandy, Krystal, Ashley(Bob), Kristen(Rob), Amber, Jeff(Sarah), Dennis(Mary Kathryn), Jennifer(Jay),  Charity(Stefane), Laura(Jason), Katie(David), Holly(Rafael) and Nick(Kaileigh) and Great-Nana of Lucas, Lilah, Leah, Jaya, Rylee, John, Sarah, Reid, Annabelle, Sierra, Lauren, Benjamin, Hannah, Brennan. Also survived by her brother Murray Stephens(Jean) and a number of  nieces and nephews. Predeceased by sisters Phyllis Potenza and Marie Campbell. Marjorie was a resident of Aylmer since 1981 and formerly lived in Port Burwell. She was a member of the Aylmer Baptist Church, W.A., Daughters of the Niles and the Vienna Lions Club. Marjorie worked for the Post Office for over 30 years.  Born in Aylmer, Ontario on July 28, 1930, daughter of the late Artley and Jessie (Brackenbury) Stephens. Friends may call at the  H. A. Kebbel Funeral Home, Aylmer on Sunday 2-4 and 7-9 p.m. where the funeral service will be held on Monday, August 2, 2021 at 11:00 am. Interment, Aylmer Cemetery. Donations to the Alzheimer Society  would be appreciated. Share memories or condolences at kebbelfuneralhome.com

Before I begin, I would to Thank Tom for his kind words.   I know your Aunt Marj would be very happy you have remembered her in this way.  Thanks.

Another huge Thanks goes out to Gary McCord.   Marj’s son.   Two years ago Gary left Nova Scotia and returned to Aylmer to care for his mom.    Caring for someone or being a caregiver 24/7 is a monumental task, which can easily wear you down, but a task Gary did with love for his mom.

In talking with my sister Sharon yesterday, she told me that many days she would go to the house and help Gary get Marj dressed and ready for the day.   The only issue was Sharon could not lift Marj.   To the rescue came Gary.   He would put his arms around Marj and tell her, Ok

Gary – You are a saint and we are incredibly grateful to you for all you have done.   Thank you from the bottom of our hearts.

Just one question Gary -  Is dancing a hidden talent of yours that we should know more about.  Ie Dancing with the Stars in your future!

After our mother passed away in 1977, Dad was extremely saddened by the loss. It was not an enjoyable time for him.

In 1980 Dad was introduced to this striking woman named Marj McCord.  You could see his life being rejuvenated as he had spark in his step again.

Overtime all of us met Marj and were impressed by her traits. She was kind, gentle, outgoing, caring, helpful, accepting, loving, non-judgmental, always well dressed and not a mean bone in her body.  At no point did she ever make us feel excluded, but we were not surprised, as that is also one of Marj’s traits.   INCLUSION .

In the fall of 1981 Marj and Dad were married and life with two families began.     You could see the sadness of having lost spouses at early ages, replaced with happiness of having a partner to share new life experiences.  Dad was 50 and Marj was 40 when their spouses passed away.  Hence, the beginning of a new lease on life for both of them. I’m sure there was apprehension of two families coming together and wondering how you make the dynamics work, yet Marj’s ‘never giving up’ approach made it work. Many functions, such as Thanksgiving, Christmas, and Easter were events where tables were placed in the living room and all of us sat together for a meal.   Something I know was key to Dad and Marj.

After marriage Marj had moved to Aylmer, and continued to work in the Post Office in Pt. Burwell. In the summer, she would take her bathing suit to work and go for a swim at the beach as she had 1- 1/2 hrs of time available. In 1995 she retired from the Post Office after over 30 + years of dedicated service.

Marj loved swimming, a tradition she continued well into her 80’s. Whenever she visited with us, she would always take time to spend with the kids in the pool.

Over the years, Dad and Marj did lots of travelling, and boating.  Many trips to California to visit relatives. When Dad joined the Oriental Band in London, Marj joined the Daughters of the Nile, which was the ladies section of the Oriental Band. They travelled to many parades and events all over North America.   Of course wearing those funny – weird – strange clothes.      As Dad’s health deteriorated, Marj became Dad’s care giver for the last 5 years of his life. Throughout the entire time, Marj was by his side with never ending support and love.  At no time did she ever complain and we are forever grateful for her dedication and commitment. Marj had a great life, a great husband in George and a Great Husband in Dad.  She was routinely surrounded by family and friends and kept active though out most of her time.

As I watched her slowly slip away from us last Friday, I whispered to her that she had lead a great life and had given all of us a great life. A life any one would be proud of. Now she moves onto eternal Life, an even greater life.

Share Your Memory of
Marjorie
Upload Your Memory View All Memories
Be the first to upload a memory!
Share A Memory