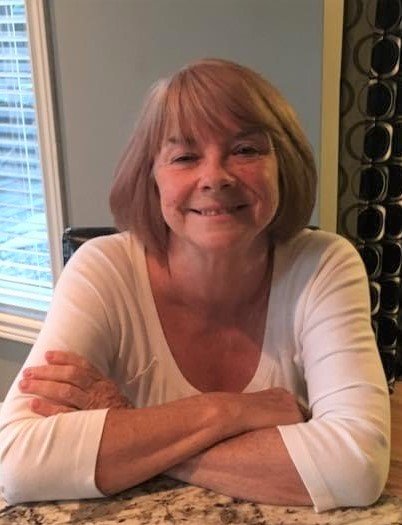 It is with heavy hearts that we announce the passing of Vicky Lynn Cole (nee Bowen) of Lambton Meadowview Villa (previously Aylmer/Ridgetown) in her 69th year on April 23rd, 2021. Vicky grew up and resided in and around the Aylmer area for many years. Beloved wife of the late Harry J. Cole (2006). Predeceased by her parents Maxwell Bowen (2001) and Lorraine Bowen (2008). Loving mother of Jeffery Moosberger and wife Sandra of London, and Mark Moosberger and wife Billie of Corunna. She will be sadly missed by her grandchildren Danielle, Amber, Kaylie, Megan and Ryan. Dear sister of Todd Bowen of St. Thomas and the late Mark Bowen (1989) of Aylmer. Vicky worked in purchasing and in management for many automotive companies throughout her career and was also an entrepreneur owning multiple stores of business (Cripple Ridge, H.J. Coles) selling everything from paint and wallpaper to tapes and CDs. She had a heart of gold and cherished her children and grandchildren and the time she had with them. A family history of Alzheimer’s caught up with her at an early age and ultimately the progression of this disease has taken her from us. The family and of course Vicky would like to thank the folks at Lambton Meadowview Villa for the impeccable care that they provided Vicky. It is truly a special group of individuals that work there. Your hard work is not going unnoticed. Donations to the Alzheimer’s society or Easter seal of Ontario would be greatly appreciated in her honour. Due to current Covid-19 restrictions, the family will be having a private graveside ceremony at the Aylmer cemetery where Vicky’s ashes will be laid to rest between her parents Max and Lorraine Bowen with a portion to be spread in her favorite place on the French River at a later date. A Celebration of life will also be held at a later date. Share memories or condolences at kebbelfuneralhome.com

Share Your Memory of
Vicky
Upload Your Memory View All Memories
Be the first to upload a memory!
Share A Memory