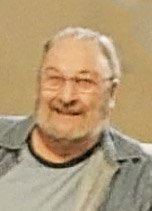 Taylor, Robin Edgar of Aylmer passed away at St. Thomas Elgin General Hospital on Wednesday, April 14, 2021 in his 85th year. Beloved husband of Glynis (Williams) Taylor of 55 years. Dear father of Warren Taylor(Veronica) of London and Lorne Taylor of London. Loving grandfather of Madison, Xander, Seth, Gage and Ava. Brother of Jonathan. Predeceased by his brothers Stephen and Michael.  He will be missed by a number of nieces and nephews. Born in Bolton, England on April 1, 1937, son of the late Joan(Cottrill) and Harry Taylor. Robin came to Canada in 1967 and lived in Aylmer for 25 years. He formerly sold real estate and retired from London Transit Commission. A graveside service will be held at a later date. Donations to the Heart and Stroke Foundation would be appreciated. Share memories or condolences at kebbelfuneralhome.com

Share Your Memory of
Robin
Upload Your Memory View All Memories
Be the first to upload a memory!
Share A Memory