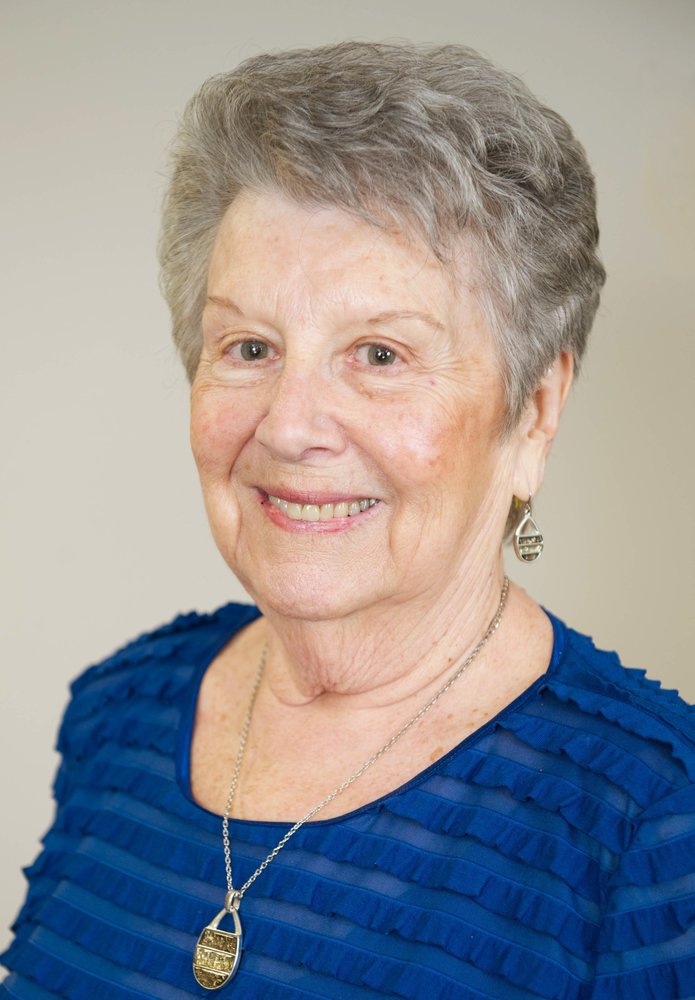 Marilyn Benner of Aylmer left us peacefully in her home on March 10, 2021 in her 88th year. Beloved wife of Keith Benner for 68 years. Dear mother of Susan Gold (David) of Burlington, David Benner of Aylmer, Joan Garrett (late Rick 2021) of Richmond, Mary Cosyns (Brian) of Aylmer and Steven Benner of Aylmer. Loving grandmother of Andrea (Pat), Amanda (Josh), Marsha (Matt), Michael (Irma), Diane (Jeff), Nicole (Jesse) and Kyle. Also survived by 10 great-grandchildren (Amelia, Charlotte, Jackson, Asher, Dexton, Cora, Lincoln, Carter, Cale, and Ivy), sisters Cathie Curran, Barb Hoecht (Ted), and Dorothy Ingram (Gary), brother-in-law Frank Benner and many nieces, and nephews. Born in St. Thomas, Ontario on April 25, 1933, daughter of the late James and Wilena (Charlton) Barnum. Marilyn graduated from Normal School in London at age 18, and became, ‘Miss Barnum’ to Grades 1 through 4 at Calton Public School before marrying and starting her family. Later she briefly returned to teaching of the same grades, this time at the Orwell Public School. Her next job outside of the family home was as an Attendance Counsellor for the Elgin County Board of Education. During her career, her gentleness and empathy helped many families.  In retirement, she and Keith spent many winters in Stuart, Florida where they were eagerly involved in their new community. She was a faithful member of the Aylmer Baptist Church where many friendships and happy times were also cultivated. She was a skilled artist and writer and taught “life story” writing to many in Florida and Aylmer. She has left her family many cherished paintings, and written memoirs of her life, love, and times. A private family service will be held. Cremation with burial in the Richmond Cemetery. Donations to the Aylmer Baptist Church, the Cancer society or a charity of your choice would be appreciated. Share memories or condolences at kebbelfuneralhome.com.

Share Your Memory of
Marilyn
Upload Your Memory View All Memories
Be the first to upload a memory!
Share A Memory