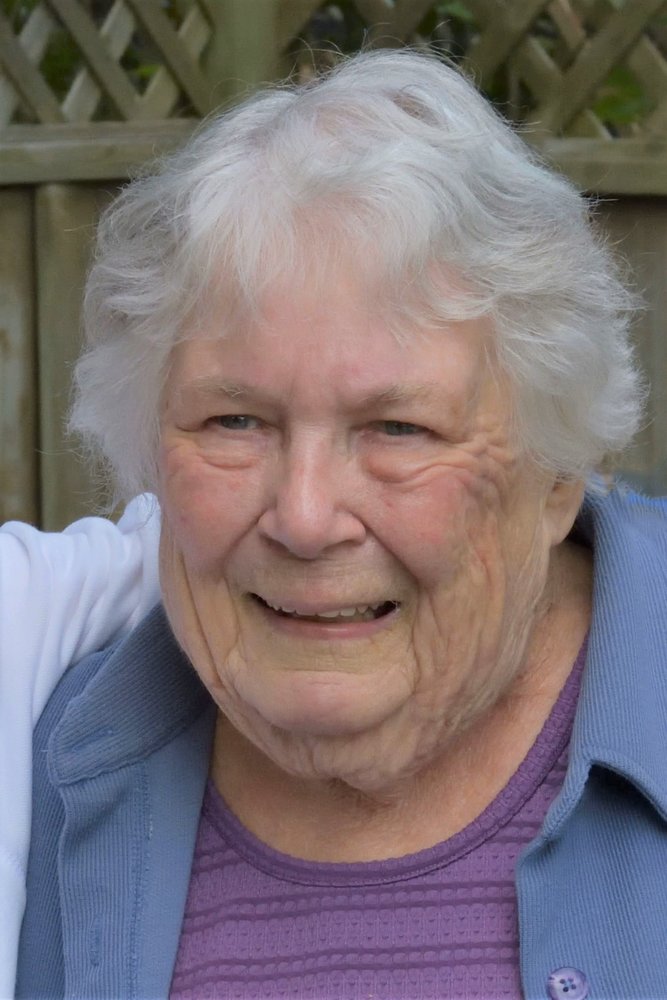 Merrick, Shirley of Aylmer passed away at St. Thomas Elgin General Hospital on Monday, July 27, 2020 in her 90th year. Beloved wife of the late John Merrick(2004). Dear mother of Kim Walker and husband Walter of Ingersoll, the late John Merrick(2013), Wyatt Merrick and wife Mary Ann of London and Tracey Merrick and partner Barry Connolly of Union. Also by survived by 7 grandchildren; Tim, David, Chris, Doug, Curtis, Sean, Kevin and great-grandchildren; Kallie, Courtney, Amara and Ryker. She will be missed by her sister Pat of Kitchener and brother Glenn of Cambridge. Predeceased by a brother Harry.  Born in Galt, Ontario on September 9, 1930, daughter of Lorne and Edith Drinkwater. Shirley raised her family here in Aylmer and worked as a bank teller at CIBC for many years. Friends may call at the H. A. Kebbel Funeral Home, Aylmer on Wednesday, July 29, 2020 at 1:00pm(masks are required). Interment, Aylmer Cemetery. Donations to Kidney Foundation would be appreciated. Share memories or condolences at kebbelfuneralhome.com

To send flowers to the family or plant a tree in memory of Shirley Merrick, please visit Tribute Store

Share Your Memory of
Shirley
Upload Your Memory View All Memories
Be the first to upload a memory!
Share A Memory
Send Flowers