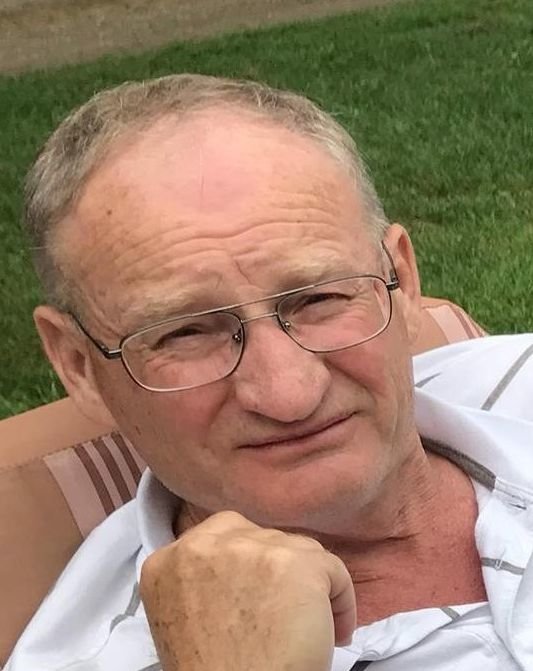 Peters, Henry of Aylmer passed away peacefully at his home on Tuesday, September 10, 2019. He was 64. Beloved husband of Mary (Friesen) Peters. Loving father of Chris Peters(Shondra) of Barrie, Jerry Peters(Julie) of Aylmer, Shelley Berg(John) of Aylmer and Timothy Peters of Aylmer. Proud grandfather of Nathaniel, Olivia, Samuel, Rylee, Wyatt, Leigha and Jillian. Predeceased by his grandchildren Annabelle and Quinten, a brother Cornelius and a sister-in-law Christine . Brother of Anna Sawatzky(late Peter), Jake(Brenda), Margaret Dyck(David), Cathy Klassen(Peter), Abe(Margaret), David(Joanne), Lena Klassen(Jake), Mary Froese(John), Jess Dyck(John) and brother-in-law of Ginger(Gary). Also survived by a number of nieces and nephews. Born in Chihuahua, Mexico on January 12, 1955, son of the late David and Katharina (Wiebe) Peters. He was a transport driver. Henry's greatest joy was spending time with his family. Friends may call at the H. A. Kebbel Funeral Home, Aylmer on Friday 2-4 and 7-9 p.m.  The funeral service will be held at the Bradley Street Church of God, John Street South, Aylmer on Saturday, September 14, 2019 at  1:00 pm. Interment, Aylmer Cemetery. Share memories or condolences at kebbelfuneralhome.com

Share Your Memory of
Henry
Upload Your Memory View All Memories
Be the first to upload a memory!
Share A Memory
Send Flowers