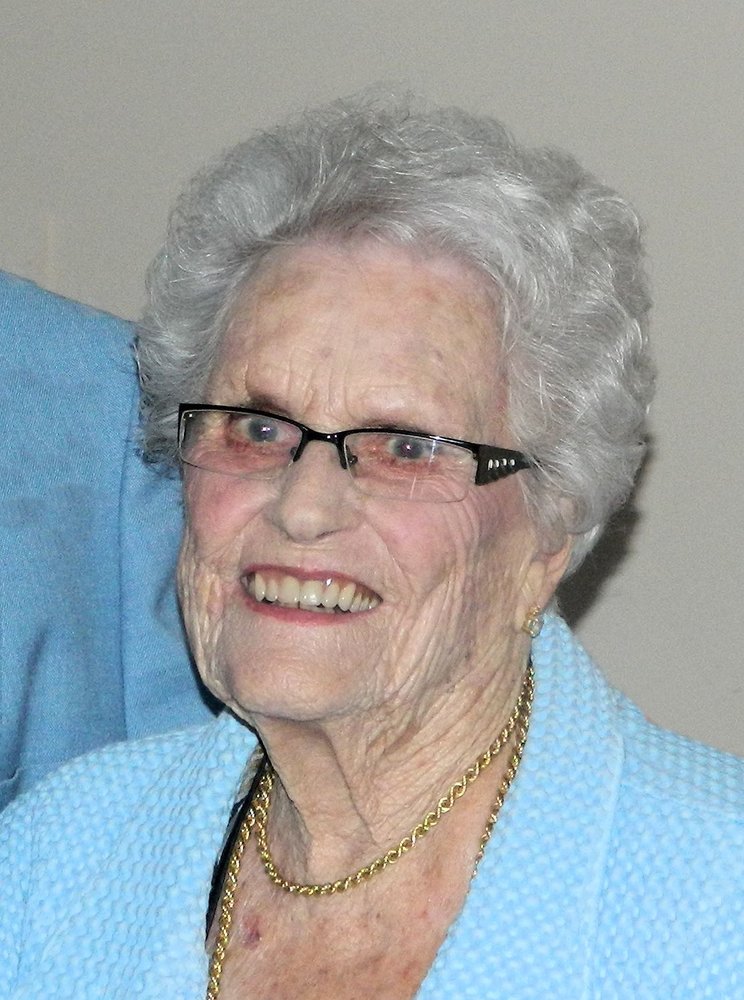 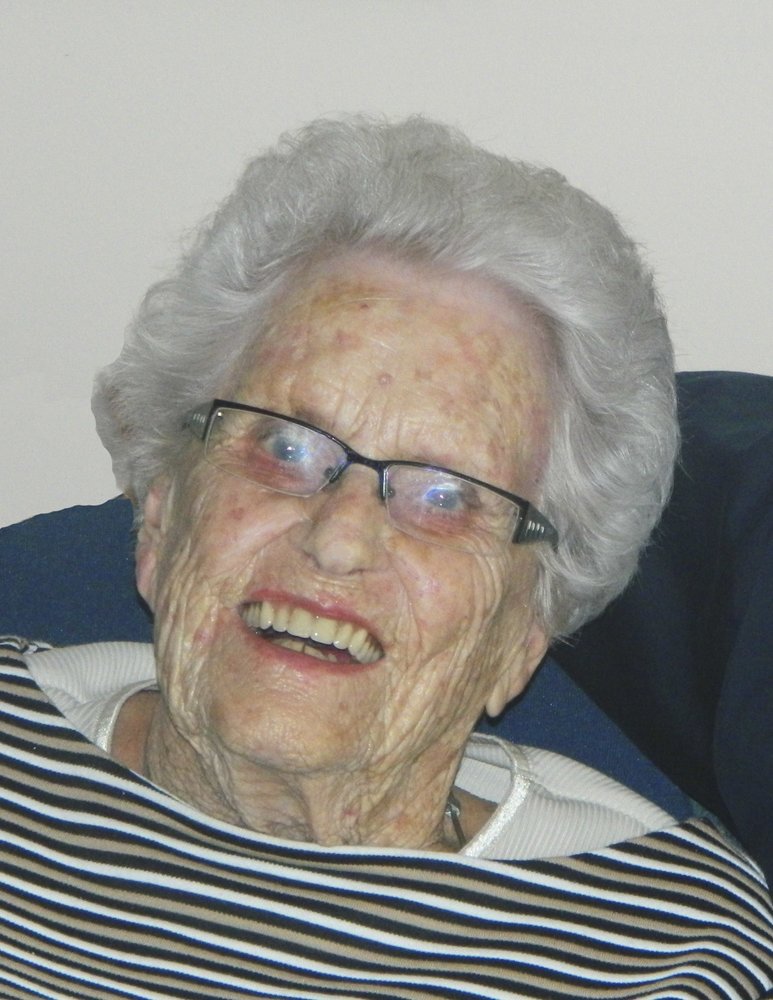 Wright, Flora Ellen “Nell” (Elsey) formerly of Aylmer passed away peacefully in her home in St. Thomas on Monday, January 28, 2019. Her husband Dr. Donald Wright passed earlier this month but at the time of her death she was attended by her four loving children and their spouses. She is survived by Dianne Zimmer(Bill) of Calgary, Alberta and their children Jeff, Rochelle Gallagher; children Regan and Rowan, and Jessica Maggisano(Nick); children Eden and Orson, Barbara Azzoli(Val) of Montclair, New Jersey and their children Natalie(Sam) and Amanda, Brian Wright(Sylvie Rochon) of Montreal, Quebec and Sheila McLaren(Drew) of Midhurst and their children Jake(Hannah) and Hugh. Sister-in-law Patricia Wright of Toronto. Predeceased by brothers Robert Elsey (Muriel), Norm Elsey (Maureen) and sister-in-law Marilyn. She was born in Winnipeg on March 27, 1926, to Ernest and Flora Elsey. She moved with her family throughout her youth because her father’s work with Canadian Pacific Railway. In Saint John, New Brunswick she studied for and became a Registered Nurse graduating as the Valedictorian in the class of ‘48. She returned to her home town of Winnipeg where she met Dr. Donald Wright in a Winnipeg hospital and they were very soon after married in 1950. Nell raised four children in Aylmer. As a mother, many of her winter evenings were spent transporting children to figure skating lessons and out of town minor league hockey games and various other sporting events her kids were involved in. She also enjoyed many summers at the family cottage on Lake Muskoka. Besides serving a term as a councillor on the Elgin County Public School board, she enjoyed curling and playing league bridge in both Aylmer and St. Thomas. Her love of music was expressed through her joy of playing the piano at home and occasionally when she accompanied public school plays. As well, she was a regular member with the St. Paul's United Church choir. Golf was one of her favorite activities with Don, especially during the 30 plus years they spent sojourning in Myrtle Beach, South Carolina. She was a passionate sports fan who favoured the Blue Jays, Raptors and Montreal Canadiens. She carried a long time bond with a group of friends who graduated with her in nursing in ‘48 and this bond was kept strong through regular communications and annual gatherings that happened throughout Canada and on other occasions in England. Nell was known for her love of laughter, family and a well-made martini. This year would have marked 69 years of marriage between Nell and Don. She will be dearly missed by her children, grandchildren, great grandchildren, in-laws and a loving community of friends. A service will be held at the H. A. Kebbel Funeral Home, Aylmer on Monday, March 11, 2019 at 1:00 p.m. Visitation will be on Sunday, March 10 from 7-9 p.m. and prior to the service from 12-1 p.m.  Cremation has taken place. Donations to the St. Thomas Elgin General Hospital or the Cancer Society would be appreciated. kebbelfuneralhome.com.

To send flowers to the family or plant a tree in memory of Nell Wright, please visit Tribute Store
Sunday
10
March

Share Your Memory of
Nell
Upload Your Memory View All Memories
Be the first to upload a memory!
Share A Memory
Send Flowers